AquaChrome is a fanmade idol duo based on the game Splatoon and was created by YanieTwirl. These two are the current hosts of Inkopolis News. They keep up with the current stage changes and layouts, and they are the hosts for Splatfests, Cheebee choosing one team and Reif representing the opposite.

Cheebee is a 18-year-old Inkling. Her ink color is red and she has two pigtail tentacles on her head with white spots on the tips. Her outfit has a red, butler-like theme with a flowing skirt over her pants. Cheebee is very outgoing and energetic. Her heart is full of a burning spirit that keeps her on her feet a lot. Her energy can also get in her way since she needs to learn self-control over it. She's known for being one of the shortest Inklings in Inkopolis, but that doesn't stop her from participating in Turf Wars.

Reif is a 19-year-old Octoling. His ink color is sky blue with him having two long and thick tentacles, one in the front and one in the back. His attire is similar to Cheebee's, but his has a blue theme to it. His skirt is flowing to the side instead. He's taller than Cheebee by a whole foot. This guy is more of a loner than a person that socializes, so he mostly talks to only Cheebee. He also has a cold personality and gets very happy when he splats someone, which makes others kind of scared of being near him. It's most likely due to his haunting experiences from the Deepsea Metro affecting him during matches.

During the events of Splatoon 2, Cheebee was new to Inkopolis Square. She grew up in a small town called Perchington. In her town, activities like Turf Wars were very uncommon, so she was very inexperienced with weapons. One day, she heard about them from seeing them on TV. After turning 16, she decided to move out and head towards Inkopolis Square where they take place. When she showed up, she noticed Marie standing near a shop and followed her to the underground, which lead to Octo Canyon. Marie had told her about the missing Great Zapfish and her cousin's disappearance, and she asked Cheebee for her help find them. During her adventures around the canyon, Marie guided her on how to use weapons, and Cheebee was able to get Callie and the Great Zapfish back. After that, Cheebee finally as ready to participate in Turf Wars.

Reif was originally from the underground. He had lost his memory after being attack from an unknown creature and ended up in the Deepsea Metro with his memories forgotten. He found his way out with the help of Captain Cuttlefish, Pearl, and Marina. During so, he was able to slowly gain his memories back. Reif was originally part of the Octarian army before being exposed to the Calamari Inktation. After reaching the surface, he was immediately welcomed by an Inkling girl named Cheebee. After getting to know each other, Cheebee introduced him to the Lobby where Turf War matches are held, She was a big fan of them and wanted to show him her hobby with passion.

Currently, they are now a new duo called AquaChrome since they have become Turf War idols by others. this happened when Pearl and Marina advanced in their careers and moved on to another place to spread their love of music. When they aren't doing the news, they are participating in matches. They even take singing lessons from the Squid Sisters because Reif has always wanted to dabble in music as a hobby. 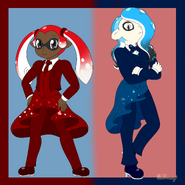 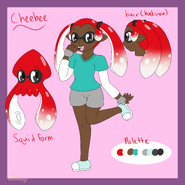 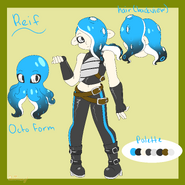 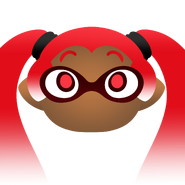 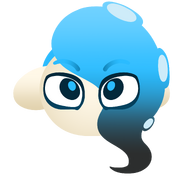 Retrieved from "https://inkidols.fandom.com/wiki/AquaChrome?oldid=6254"
Community content is available under CC-BY-SA unless otherwise noted.