Deepsea Drop (JP - Kamabo Girlz カマボガールズ) is a fan made Idol Duo created by Panda that explore the new Kamabo Co. and host Inkopolis News in the fan game, Splatoon 3: Cuttlefish Expansion. They give announcements for general news, and Splatfests, from Deepsea Studios which is located in the new Hub where Cuttlelings tend to hang out, Inkopolis Commons. The Idols consists of Naomi, a Cuttleling, Luster, an Inkling.

Naomi is a 19 year old Cuttleling. She's 5'8" and is the tallest out of the two. Naomi's hair is a cream variant, fading to blue, and during Splatfests, changes color at the tips in a fade. Her tentacles don't consist of Suction Cups, which is apart of the Cuttleling Species. She has one smooth eyelash per eye, giving her a sassy yet sophisticated look. Her pupils have cross in they, her eye color being grey. Her beauty mark is located below her left eyebrow, closer towards her eye bridge.

Naomi wears a dark Jumpsuit-like outfit, with a gap above her bust, with a sleeveless unzipped white jacket on on top. Below, she wears tight leggings, with White Boots. She wears a microphone earpiece on her left ear.

Luster is an 18 year old inkling. She's 5'5" and is the shortest out of the two. Luster's hair comes down to about her calf and is Pink, fading to a dark purple. During Splatfests, her entire hair changes color. She has no eyelashes, similar to pearl, giving her a more energetic "player" feel. Her pupils are the same as the typical Inkling, her eye color Fade from Sky Blue, to Seafoam Green. Her Beauty mark is located below her right eyebrow, closer towards her eye bridge.

Luster wears a white T-Shirt with the Duo's Logo on it (simplified Brand Symbol). On top of that, she wears a black hoodie with rolled up sleeves. Below, she wears a short skirt and black boots that come up to her calf. She wears Kamaboko Styled Headphones around her neck.

Both Naomi and Luster came from the Deepsea, an exotic, strange, unknown district, deep below. While Luster's parents remain unknown, Naomi's are frequently brought up during the Hero Mode of Chapter 1. Her parents worked at Kamabo Corporation, both parents scientists. Just as testing began for a new "Sanitization" experiment, her parents found out that the testing wasn't natural or safe. Both wanted to drop out of the project, but the current leader at the time didn't allow that. They thought it'd be reported to the authorities and shut the whole project down. Instead, her father was killed, and her mother unknown, though assumed to be sanitized now. Naomi fled and escaped to the surface, where she came upon Inkopolis at the age of 16.

Luster, coming from a similar background, also fled for the surface, but at 15. They eventually met one day, and began discussing each others' backgrounds. Upon finding out the two had very similar pasts, they thought it'd be a good idea to stick together. They then went on to become great friends, even forming a small duo together, which they went on to pursue ever since.

Deepsea Drop is typically sponsored by Betta, a sleek modern fashion company known for their freshest of attire. Collabs have even occurred with the brand, so far as to even a photoshoot with the duo wearing some of their gear for a promotional sponsor ad. Their partnership sparked months prior to the events of the game, so it's still common to see these ads within Inkopolis Commons itself.
When they released their first track, "Sea Debris", the small duo began to rise in popularity. Naomi, leading the development of the instrumentals and lyrics, and Luster, creating the overall melody and art. Together would make something Inkcredible, and would soon become the rising stars, and new hit duo, Deepsea Drop.

A little while after the release of their debut track, Deepsea Drop went on to release their first Album. The album topped the charts, popularity rising once more, causing the two to rise in fame.

Naomi is Sassy, Intelligent, and typically organized. Though the times when she gets energetic, she still manages to keep everything in its place. She is known for her semi-low range of pitch, whether it's the deep parts of the song, or the normal parts. Her more mature vocals make her voice distinct compared to others. Naomi has always been sophisticated and sassy. Her use of sarcasm typically shows on set, live, always poking fun and joking around with Luster. She is also a book nerd, always caught reading E-Books or some sort, keeping up with the latest trends and fads and whatnot.

She usually hangs out at fresh spots like the Cove, the Cafe, or Downtown. When fans spot her she doesn't hesitate to give a nice sassy smile and greet her fans with a nice "What's fresh?"

Her interests besides sassy comebacks and music development, include that of learning, always fascinated by the ways of life and physics. Design is another one of her interests, even designing the layout of the studio itself with furniture and everything.

Luster is outgoing, optimistic and generally energetic. Though sometimes she's chill, she always finds a way to add some fun and freshen things up. Fans said her singing was remarkable, known for an insane variety of pitches. She's one of the only Inklings who can hit those super high notes. She sings higher up in pitch. Luster was always pushing the limits when she was younger, and still is to this day. Always going her hardest putting her best effort forward into whatever she does.

She normally hangs out and about, typically at a Cafe in Inkopolis Commons, and when fans spot her, she's always eager to sign an autograph or two.

Her interests are not only singing, but drawing too. She's always doodling wherever she's at, drawing up all sorts of little things that she posts on Social Media. Her artistic side was really shown when she designed the logo for the duo themselves. The flashy colors, fresh sleek design, and inkcredible touch, her art never fails to impress fans. 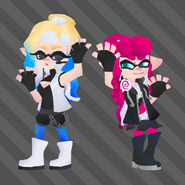 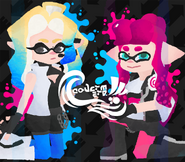 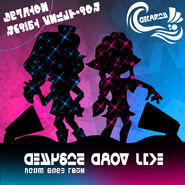 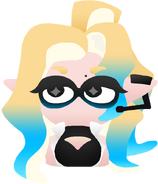 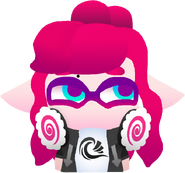 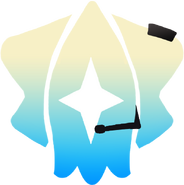 By Fear the Radio Demon 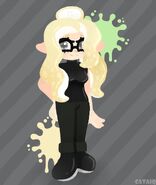 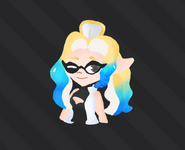 By Drake
Add a photo to this gallery

By Fear the Radio Demon 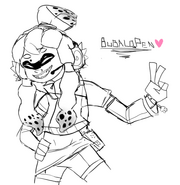 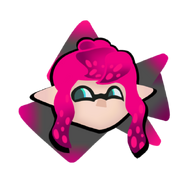 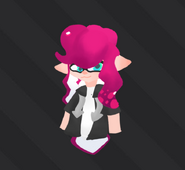 By Drake
Add a photo to this gallery 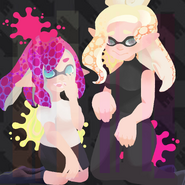 By KimSangie
Add a photo to this gallery
Retrieved from "https://inkidols.fandom.com/wiki/Deepsea_Drop?oldid=14141"
Community content is available under CC-BY-SA unless otherwise noted.