Glitteris(Gl3tteris) is a fan made duo consists of an inkling Mei and a sea angel Haku.They are host news and splatfests.Glitteris are created by cataiq and bi cinnamon/alina._.miaw.

Mei loves sarcastic jokes and can sometimes be harmful, although she is mostly pleasant and positive.Actually she is a very energetic and extrovert person, but as an idol Mei try not to show it.She often laughs out loud in public.Mei has a small share of shyness that she was able to overcome.

Of course, her favorite pastime is singing, but Mei does it rather spontaneously when inspiration comes to her.Mei knows how to draw, sometimes she draws with Haku.She loves red salmon sashimi and spending time outdoors.

Haku is a 159 cm Clione limacina.She has white hair with an overflow to yellow.Haku wears a yellow shirt with extra checkered sleeves, a white collar and skirt.On legs Haku wears a black stockings and white high-heelded boots.Her eyes are neon pink.

She realy kind person always about to help people. Haku is introvert, but she being active on news and with her half- sister Mei.

She likes listen Squid Sisters and Off the Hook and to spent time with Mei.Her hobbie is drawing and she likes singing too.

Mei and Haku are actually half-sisters who have had good friendships since childhood.Although they had different hobbies, they were united in what they learned to sing.Maybe Haku was not so eager to sing as Mei, they found their way to a successful career.They moved to Incopolis to study and were inspired by the success of Squid Sisters and Off the Hook.Glitteris recorded their first album around the same time.

They were able to grow up as singers and become idols, but they do solo work too. 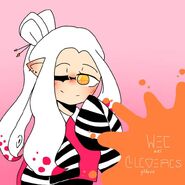 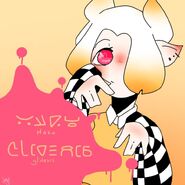 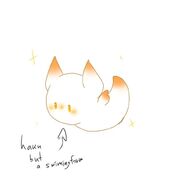 Haku dance
Add a photo to this gallery 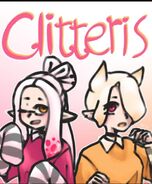 by Moty
Add a photo to this gallery

Retrieved from "https://inkidols.fandom.com/wiki/Glitteris?oldid=10252"
Community content is available under CC-BY-SA unless otherwise noted.