Start a Wiki
this page is still somewhat of a WIP and im really new to how fandom works, so criticism and tips is greatly appreciated!

IBARA-IKA is an idol duo consisting of two members. Youko, a common cuttlefish, and Takumi, a Crown-Of-Thorns

Youko is a 22 year old common cuttlefish (with some flamboyant cuttlefish genes spliced in). She stands at 5'6 (170 cm) and has dark skin with an orange undertone. Her eyes are narrow with 3 eyelash-like papillae. Her eye color is a dim gold and her pupils are w-shaped. She has a total of 6 tentacles, with her 2 'feeding' tentacles hanging down near her hips, 2 of them in a large Tenta-bow, and the last 2 tucked underneath. She has a mantle behind her head, with imprints similar to that of a grilled squid.

Youko sure looks like she has it all together, but she is somewhat of a dunce. If you asked her roommates how she was like, they'd tell you she's nothing like she is on camera. Unlike Takumi, she speaks her mind and isn't afraid to tell you the truth. Her fashion sense is inspired by punk-rock fashion, and she often makes her tentacles rigid to match.

Takumi is 20 year old common octopus (despite looking nothing like one). She stands at 5'4 (164 cm) and has dark skin with a purple undertone. Her eyes are wide it always looks like she's upset about something. Her eye color is a bright yellow and her sclera is a dim turquoise, her pupils are a horizontal line, similar to that of an octopus. Her tentacles and skin have rigid bumps all over them, with two prominent spikes near her hairline. Don't worry, her front is safe to hug! She has 5 "tentacles" on her head, with 2 hoop earrings on the front ones, she's stated in interviews that this is inspired by Warabi from Diss-Pair, them being one of her inspirations.

Despite her "bold and brash" appearance, Takumi is actually rather shy. She has social anxiety, and often hangs out around Youko after shows. Her fashion sense is rather 'soft', as she tends to dress up in lolita, fairy kei, and sometimes decora kei clothes.

When she was 16, she was kicked out of the army and ostracized by her city when it was revealed she wasn't an octarian. No one knows how she managed to get in, and she was classified as a criminal. Due to this, she ran away and eventually escaped to the surface.

Youko grew up in the country, in a small town named West Abalone. This town was mainly populated by inklings and shark-folk, making her family the only cuttlefish family. She lived with her mother, father, and younger sister. When she was in grade school, her friends started getting into music which inspired her to start singing. With the help of her older cousin, a retired idol, she began her singing career. When she was 13, she ranked 1st place in a school singing contest, which she claims started her singing career.

When she was 15, despite being so young, she made original songs that got licensed under big-name companies, and with the help of her cousin, she started to gain fame. All her social media's blew up, she gained hundreds and thousands of followers and all her songs became big hits. But that all changed when she turned 18 years old.

Possible due to stress, Youko disappeared from the public eye. All her social media's deactivated, her music became harder to find, and her family refused to speak on the matter. This left her fans and the media confused, until she popped up again 4 years later with a strange woman under the name "Takumi"....

more will be added soon! 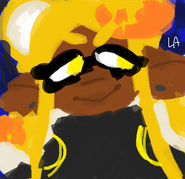 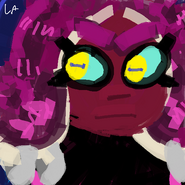 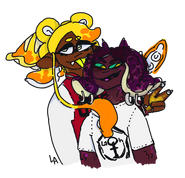 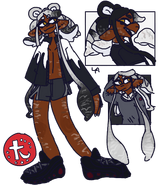 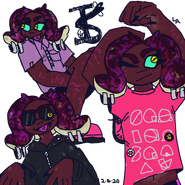 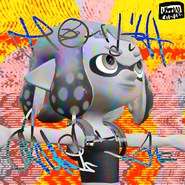 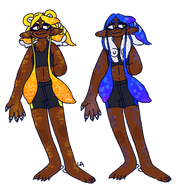 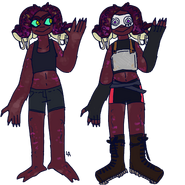 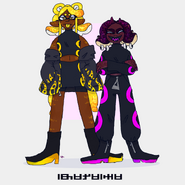 Retrieved from "https://inkidols.fandom.com/wiki/IBARA-IKA?oldid=8201"
Community content is available under CC-BY-SA unless otherwise noted.