Intertidal Twins are a pair of fraternal twin idols consisting of Eclipse and Crescent. Their music and style fall into the Seapunk category, with a small touch of surfing aesthetics. They're a collaborative project between Meringuepie and KasaneTetz.

Eclipse is a fairly laidback, calm, girl. She doesn‘t stress too much, however there are times where she can become worried. She goes with the flow, often seeing the positive sides of things, but she tends to get a little doubtful. She’s compassionate about the things she loves, and is very thankful. She loves her family, and would do anything for them.

Eclipse has a light colored skin, and purple tentacles, which fades into a blue. Her tentacles are tied up into a long fishnet braid. She has a coral head piece, which is a hot pink color. She has a aqua top, covered with scales, that turns into a multiple layered skirt. She wears no shoes, and instead a matching friendship bracelet like Crescent. She wears a shell necklace, that matches a shell bracelet.

Crescent is a straightforward, charismatic guy. He often calls people ”dude” to fit with his surfer theme, and he’s a nice guy, if you aren’t mean to him that is. He often tells people what he thinks, not thinking of any reputation he might have. He’s an overall cheery person to be around. Crescent often might offend people by accident, but his charisma usually makes up for that, and he gets along with people well. He’s pretty assertive at times.

Eclipse and Crescent hailed from a remote fishing village of Mūheʻe, a tropical isle distant from the bustling hubs of Inkopolis. When they were young, their parents taught them how to sing and play music on the ukelele and conch shell, which became their favorite hobbies. Eclipse gracefully played the conch shell and sang like a siren - while her brother, Crescent, strummed his ukelele along. Aside from music, the twins liked to stroll along the ocean with their boats, and help their fellow villagers out. As time passed, fish sales went down and the village lost a large sum of money.

The villagers had a hard time after a certain big company wanted to buy their land so they can build an ink-based resort. The twins' father was the leader of the village, and although he didn't want to sell his people's land away, they were financially suffering and fish around the island began to turn scarce.

Meanwhile, the twins were determined to not let their home slip into the selfish company's hands. Eclipse had come up with a way: attracting tourists. They began playing music at a local restaurant while getting people to sign a petition to stop the big corp. People liked their music, and the plan worked out well, They gathered a lot of support from visitors and soon gained attention from the internet and even Inkopolis news. The company backed off from the islet, and threatened them that without all the money, the village will fall out of the market and they'll soon come to take over again.

The twins' home was safe from the company, but hadn’t financially recovered. Eclipse felt bittersweet of her achievements, and Crescent came back with great news. A big idol company in Inkopolis wanted to hire both of them to pursue a new career in the big city of color alongside with another upcoming duo. It'll bring the village great fortune, but they'll have to leave their home and live in a strange colorful city they've only seen on TV before.

Without a doubt, the siblings left for Inkopolis and were soon known as Intertidal Twins. They were a little weird with getting used to the new city life and were faced with excitement when it comes to music. Eclipse began to tinker with digital tools, and incorporated tropical elements into upbeat synthwave beats. Crescent was amazed when he stepped onto the studio and was given a surfboard-shaped guitar as a gift. On the day of their debut, their first song, Surf 'n Turf, won them many fans once again, and the new idol career changed their life forever. 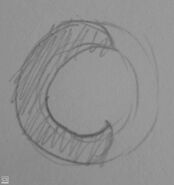 Retrieved from "https://inkidols.fandom.com/wiki/Intertidal_Twins?oldid=8256"
Community content is available under CC-BY-SA unless otherwise noted.