Female
"Till our fates align, let your colors shine!"

Octoprism is a fanmade idol duo based on the game Splatoon. The idols were created and voiced by Caitlin Koi. They host the news and announce Splatfests in Octopia Courtyard.

Bo and Raina are both Octolings.

Bo is a 19 year old, 5'0" (1.5m) Octoling based on a Dumbo octopus. Her hair is black with turquoise tinted tips and rings. She has two prominent tentacles framing her face, with four smaller nubs above the nape of her neck. Her forehead is covered with "bangs" split only by two notches. A pink headband is held in place behind two suction cups. Separating her from many octolings are two fin appendages on either side of her head coming from her Dumbo octopus ancestry.

Her skin is a light cream color, cheeks covered in pink and blue glitter that hide a dusting of freckles. She has wide eyes with pink-tinted rounded eyelashes, her irises the same bright pink with striking, horizontal turquoise pupils. Her top row of teeth has the beak-like central fang, and two fangs on the bottom row.

During a Splatfest, the turquoise in her hair becomes the colour of her side. Her default ink colour is turquoise.

Raina is a 23 year old, 5'7" (1.7m) Octoling based on the rare Rainbow Blanket Octopus. Her hair is a pastel combination of pink, purple, blue and lime green. A long veil hangs behind her, two wavy tentacles flowing down past her ears. Alike to Bo's fins, Raina has two longer tentacles with two suction cups each indicative of her rare ancestry. She has similar "bangs" to Bo.

Her skin is a medium brown with a purple undertone, a green and blue star painted on her right cheek. She has heavily hooded eyes with dark maroon eyelids. Her irises are a deep blue with flower-shaped four cornered pink pupils. Her top row of teeth have two fangs, with the beak-life center fang on the bottom row.

During a Splatfest, her hair becomes various shades of the colour of her side. Her default ink colour is purple.

In defiance of the Octarian Regime, octolings set out to create their own paradise of peace. Powered by The Great Zapkoi, it was dubbed Octopia. To solidify the metropolis as a welcoming tourist spot, Splatfest stadiums were built with the help of the hive-minded jellyfish.

When city officials started looking for young talent to be Octopia's first idols, Raina was a top candidate. When they reached out however, she refused to sign any contracts unless her friend Bo could be her co-star. Bo and Raina had been collaborating on music for several years at this point. Raina gave them an ultimatum, sign both of them to the contract, or neither.

Bo was raised downtown in a bustling metropolis. While quite extroverted, the claustrophobic population gave her a discomfort towards crowds. Even the everyday foot traffic and white noise outside her window was unnerving. Rather than facing the herds of busy pedestrians, she chose to seclude herself in her room where she found a passion for music through her computer. Synthesizers were her instrument of choice, after getting a start with a free chiptunes software. Her biggest inspirations are Chirpy Chips/ABXY and Dedf1sh, who's posters are hung on her wall.

Despite her distress with large groups of people, she maintains a passionate and bubbly personality. However, this anxiety is the reason Octoprism has yet to perform live for an audience, preferring to stay on the video route and connect with Octopia through digital means. While in front of a camera, she's still not entirely sure what to do. Raina has told her to just "be yourself, but flashier" resulting in her rather awkward standard pose she assumes while on Octopia News. Raina doesn't have the heart to tell her it looks strange.

Bo is most calm and composed while sitting in her bedroom composing music. At a younger age all she had was her laptop and chiptune freeware, but since joining Octoprism she's had the budget for professional equipment.

Raina was born in a small tropical village, where Octarian interference had long since passed. She was a child prodigy, put in dancing and singing classes at a very young age. Noticing her talents, her parents were determined to get her into the spotlight. Both to help her grow as a performer, but also in hopes that her fame would help them out of their meager lifestyle. She spent much of her life on camera, being recorded in local talent shows, and eventually televised to larger audiences.

Being a performer her entire life, Raina exudes confidence. She remained outwardly humble, but secretly relished in the attention. While speaking to people with a calm and kind demeanor, she felt nothing more than indifference to most. She didn't much care for people, but instead the praise they lavished her with.

While searching her name on the Octonet in vain attempts for more validation, she found a message board, where someone had created a chiptune cover of one of the songs she had sung on a popular talent show. Impressed by the level of skill, she delved more into this person's profile and found it was Bo. After contacting her and messaging back and forth, they formed a friendship.

It wasn't until meeting Bo that she felt a true connection with another person. While she still ribs on Bo and teases her frequently, growing her friendly rivalry with each new episode (even to the point of splatting her), deep down Raina would turn that Splatling on anyone who tried to truly harm Bo.

A Touch Of Colour 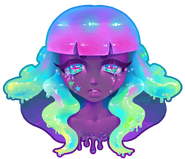 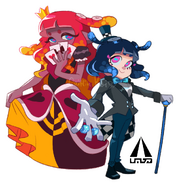 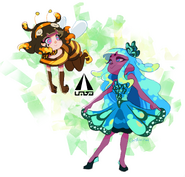 Bo with freckles
Add a photo to this gallery 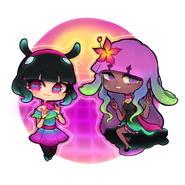 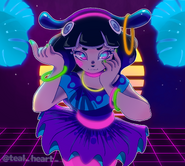 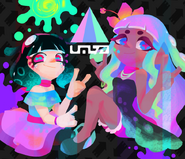 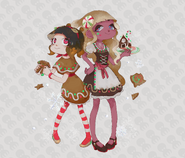 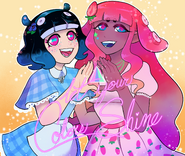 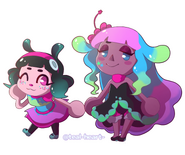 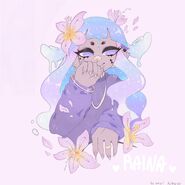 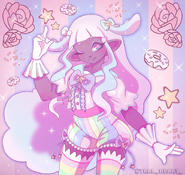 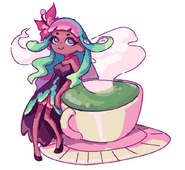 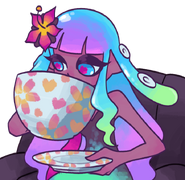 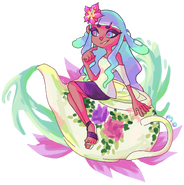 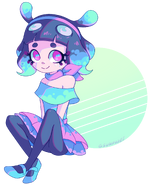 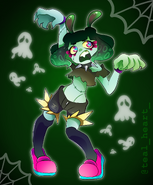 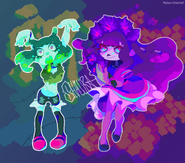 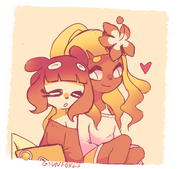 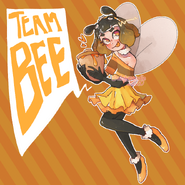 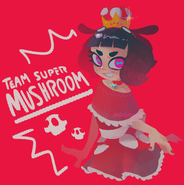 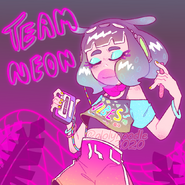 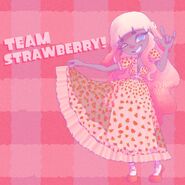 Retrieved from "https://inkidols.fandom.com/wiki/Octoprism?oldid=14066"
Community content is available under CC-BY-SA unless otherwise noted.