Purple-Blue, Turquoise-Blue
Sea Beats is a fan made idol group based on the game Splatoon, they’re part of the Splatoon 3 project “Nova” created by K.Hyshmeri AKA Sea Beats. They host the news and announce Splatfests in Octonto, Inkopolis. Voiced by Megpoid Gumi (Jelline) and Kagamine Rin (Cuttline).

Jelline is a 14 year-old, 1,7m tall jelling based on a Purple Striped Jellyfish. Her bell is blue with shades of pink, turquoise and purple while her hair is long, white with light purple tinted tips. Her tentacles are curly and very long. Jelline is known to be quite slim and has a very edgy body type. As a jelling her skin is light purple with shades of pink. Jell’ doesn’t have any eyebrows, (even though she loves them); her eyes on the other hand, are very expressive. Their shape is a stylized version of a sideways rotated triangle and her irises are purple with blue, triangle-shaped pupils. She has one fang in the left side of the top row and one fang in the middle of the bottom row. Her signature color is purple. During a Splatfest, her bell bell becomes the color of her side with touches other shades, while her body becomes a lighter version of the bell’s color palette and her hair gets tinted with a lighter color of her side.

Jelline’s idol clothes are Rock-like. Using black, dark purple and yellow to kick it up. She has a no-sleeve rider with a yellow pointing down arrow on the bottom-right of it. The tall knee boots are black with a purple shine on them. Jelline wears neon yellow thighs (the same color as the arrow) which only show a bit due to the long knee boots. At the end she finishes of with the accessories. She has a small, rock-style hat on the right of her bell.

Cuttline is a 15 year old 1.5m Cuttline based on a Bobtail Squid . Her hair is dark blue and gray with yellow tinted tips, with a haircut having two long tentacles on the back and two short ones tied into a bow. She has four short tentacles on the back and one longer one framing the right of her face. Every single part of her hair has a black polka-dot texture.Her skin is is light orange with yellow tinted fingers. She has heavily hooded eyes with turquoise irises and upside down triangle-shaped dark blue pupils. Cuttline’s eyebrows are big black and round.Her top row of teeth has one fang on the right while the bottom row has one on the middle.Her signature color is yellow. During a Splatfest, her hair becomes the color of her side with various other shades.

Cuttline’s idol clothes are also Rock-like but with a touch of elegance to them. She wears a short, tight, yellow dress with a purple, pointing up arrow on the bottom left of it. A short, no-sleeved rider is held on the top of the dress, which is black with a purple undertone. The tall knee boots are the same color with the rider. They have high heels with a silver color and a purple shine to them. She has accessories similar to Jelline’s only this time they look like belts. Detail that makes the clothing very Rock-like. Also her small hat on the left of her head looks like a belt.

Jelline and Cuttline we’re both born in Octonto. Jelline's family is very famous in that city, while Cuttline had to win the fame herself. They met the first of school and science that day they have been staying together. They started a band that gained it's fame really quick. When the city needed idols to host the news Cuttline insisted to participate in the competition.

Jelline has a very edgy and comedic personality. She doesn’t really trust others but she also likes not to worry much and have fun instead. Although, if you win her trust you never loose it. As she is a visual artist she always was a bit jealous about the fame music gains. Now she is making music out loud to show others “how it’s done”. Working as the songwriter and producer for Sea Beats’s music she also makes the official artworks of the group. She stands up saying that she can do anything herself. Jelline has a lot of passion making music and art and doesn’t really care about the fame or money it can gain. She wants to keep her music and art true no matter what and hates commercial use. As she works with a lot of passion, she often overworks herself but as a very lazy person she sometimes forgets to work for a long time too.

Since she was a kid, she has been a star with an amazing voice and has has entered a loot of competitions. She loves attention, although she often feels under pressure because of it.

Having a manager was very stressful for her. She couldn’t do what she wanted (couldn’t sing from her heart, couldn’t be free) everything she was told to do was being commercial. She soon gave up her carrier with a manager even though this could mean her dreams of being a singer could remain dreams. When she meet Jelline though, she knew that her future was going be amazing and she wasn’t wrong. 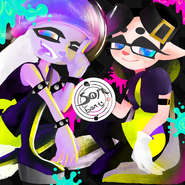 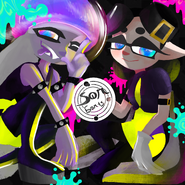 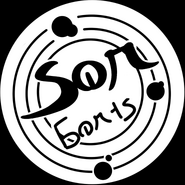 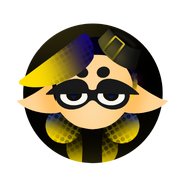 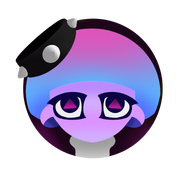 Jelline Icon
Add a photo to this gallery
Retrieved from "https://inkidols.fandom.com/wiki/Sea_Beats?oldid=10875"
Community content is available under CC-BY-SA unless otherwise noted.