"Stay with the crab party!"

Sea Claws is a fan duo, created by cataiq and Funny Mary.They host the News and announce Splatfests in Orderpolis.

Kara is a 20 year old cuttlefish, with an abnormal high of 177 cm, for her species Sepia bandensis.Her tentacles, which are snow white with a cornflower blue tinge at the ends and light blue stripes, that can glow in the dark, are very long and tied in a large bows on the sides of her head, leaving the ends to dangle.Her skin is often depicted as almost paper-white, sometimes with cornflower blue fingertips.She has a bit "sad" eyes with long eyelashes, the right one is almost covered by a long bang.Her irises are mint with the darknest square pupils.Kara's eyebrows and mouth have her ink color and change it during splatfests unlike other idols.

Stripes on her tentacles disappear, when she is shocked or scared, but quickly reappear.

During the Orderpolis news, Kara is dressed in a black zipper long-sleeve suit with cornflower-fringed shorts.On the front are three same cornflower blue marks, as the Squid Sisters, and two white collars with a gradient to cornflower blue.On her feet, Kara wears a pair of black white-platformed boots with a two cornflower blue wavy lines on either side of the ankle and a white stockings on her legs.

Her casual clothes, which she wore while on the Coast in story mode, consists of black sweater with a lilac stripe, white shorts with pale cornflower blue pockets, which she wears over lilac tights with cornflower blue and white stripes.As a necklace, Kara wears a black choker with a small blue squid.Her casual shoes are white sneakers with a blue sole.

Ovie is a 18 year old sea slug.She is very low, only 144 cm, because of her species Costasiella kuroshimae.Her hairstyle consists of many small black leaves with green tips, that can glow in the dark, she also has two long leaves, almost reaching the floor.Her purple ears are thin and have a gradient to dark purple at the tips.She's original skin color is almost paper-white, but is more often depicted as light beige with big pink-red cheks.Her eyes are wide and have no eyelashes, the right one is covered with white bang.Ovie's eyes are black, but sometimes depicted as sky blue.

Ovie's outfit during the news is similar to Kara's one.She wears same black zipper suit with emerald marks, but her colars do not have a gradient.Instead of shorts on Ovie, a black knee-high skirt.On her legs are white stockings and white boots with a small emerald platform and a emerald wavy lines, have the opposite color of Kara's ones.

From the very beginning, Kara and Ovie did not live in Inkopolis.They did not know each other outside this city.The future duet met at one of the talent contests, it turned out that they have many common interests. After they became friends, they began to attend contests together. After a year of friendship, Ovie and Kara formed duet.

After the final splatfest, the city was subject to destruction by the chaos team.When Inkopolis was almost destroyed, it was decided to expel them.A big mess started therefore the city needed to be urgently restored.The order team and at that time unknown to anyone Sea Claws voluntarily become volunteers and helped to rebuild Inkopolis, they became known as Agent 9 and Agent 10.

Kara was born near Inkopolis, but when she was about 10 years old, her parents gave her in the care of aunt, living in this big city, as they wanted a better future for their daughter.The desire of Kara's parents was her admission to the Inkblot Art Academy, but she's soul was drawn to music and later to singing after Kara learned about her aunt's vocal past.She's aunt did not doubt that her niece should study at a music school when Kara made the first version of Splat for Me, and after admission, she began spending almost all her free time there.At an early age, Kara had a very good skill and ability to wield several musical instruments, but still Kara prefer the violin.A few years later, she began to take part in music contests, at one of such she met Ovie.

Ovie squeezed into different cities throughout her childhood, but stayed with her family in Inkopolis.She was optimistic until the cats killed her parents, she got scared and ran away when she saw this, but soon found guardians.Growing up, she learned to sing and met Kara at a music competition in which she participated for the first time.

Kara is a very lively person, singing helps her express all those emotions that can interfere with she's life.She has a lot of emotions, her voice is bright and loud.During performances, Kara is very energetic, sometimes giving in to a childish feelings, she can even do something special, like a gesture addressed to the viewers.Some infantility remained in she, although it seems that Kara, on the contrary, is pensive and calm.She is actually not an strong extrovert at all, she’s just pretty blithesome.

She was carefree and too infantile in childhood, therefore parents tried to raised her strictly, which led to the fact that Kara's independent life began too early.Before moving to Inkopolis, she had very little knowledge. For her, it was something new to understand out that there were other species, and even when she met Ovie, Kara's surprise did not end.When Kara takes off her "pink glases", she can be rude and serious, she is often strict when it comes to problems.Despite her energetic nature, she is inclined to think and make informed decisions.She is responsible and takes work seriously, unlike Ovie, and also devotes a lot of time to any occupation.

Starting to make music, Kara did not think that she would be able to become someone significant at some point. She respects her fans and almost always smiles, this is really a true smile.

Ovie is very cunning and smiling. She is much more "restrained" than Kara. She likes to make fun of some.At first glance it seems that she is not 18. She has a bunch of ways to make a "nasty" surprise, especially on April 1st. Under Kara, she does not do so in order not to ruin friendship. With people, she is smiling and thoughtful, with enemies, she is evil and makes very offensive jokes. 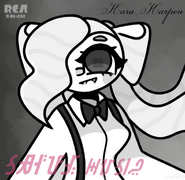 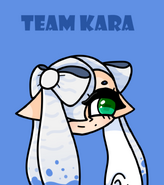 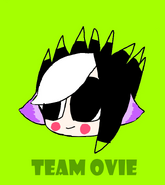 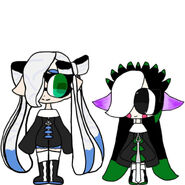 Kara and Ovie in full height 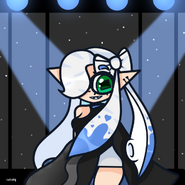 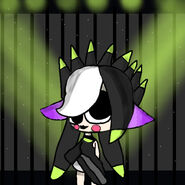 Ovie wear special clothes
Add a photo to this gallery 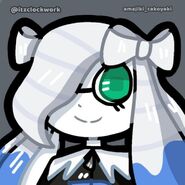 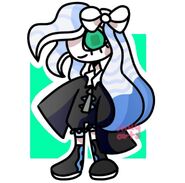 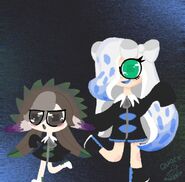 By Quack Veemo
Add a photo to this gallery

If you find a mistake in the text, please correct it, I will be very grateful.

Retrieved from "https://inkidols.fandom.com/wiki/Sea_Claws?oldid=10791"
Community content is available under CC-BY-SA unless otherwise noted.